TestArchitect supports the Android and iOS operating systems, allowing you automate testing of applications designed for these mobile devices.

For power-saving purposes, computers are often configured to go into a non-active state (such as sleep) after a certain period of inactivity. By default, the processes associated with automated testing are typically not treated as “activities”, in this sense. Hence, for long execution runs, especially unattended ones, it is important that any machines serving as test controllers be configured not to lapse into any non-active mode during the test period. (Typically, your computer’s power policy is configured through its Control Panel, System Preferences, or command line, depending on the platform. For details, see your system administrator or information specific to the machine’s operating system.) 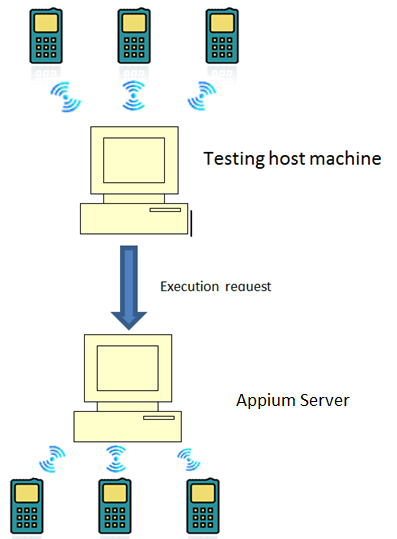 In automated mobile testing, a single testing host is responsible for driving the automated tests. This host machine specifies the devices upon which tests are to run. Devices under test (DUTs) may be directly attached to the testing host, and/or may be attached to one or more remote host controllers. Note that the primary testing host be either a TestArchitect client machine that initiates an online test run (via the Execute Test dialog box), or simply a TestArchitect controller running offline – that is, running a test execution batch file.

Android Automation
An introduction to the basics of TestArchitect automation on Android devices, and the steps involved in setting up the test environment.

iOS Automation
An introduction to the basics of TestArchitect automation on iOS devices, and the steps involved in setting up the test environment.